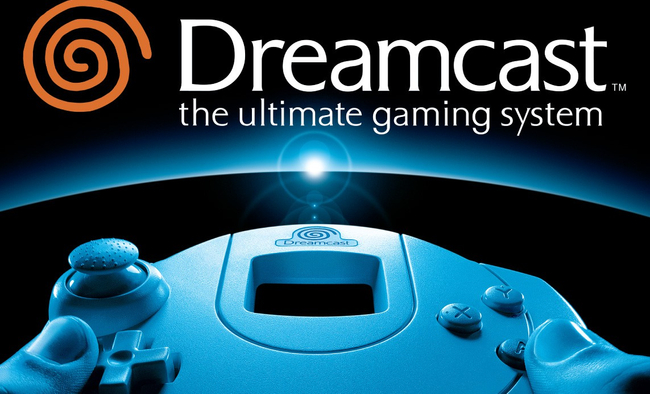 The Sega Dreamcast is one of my favorite consoles of all time, and a console I have a bit of a sad history with.

I really wanted one when I was younger, around 2003 or 2004, but my parents didn't have much money and I didn't have a job, so the idea of getting any video game console seemed a bit out of reach at the time.

So you can imagine how crazy it was that my parents managed to get me one for Christmas, I played that thing non-stop for about a two or three months when, sadly, it stopped reading disks properly.

My parents got it from a store that was a bit dodgy because that's the only way they could afford it, which means that there was no warranty.

I was really sad but I can't imagine how devastating it was for my parents, one of the few times they managed to get me an amazing gift, it was a complete failure.

Regardless it is still a console I'm very fond of and now I own a couple of them so I can still experience it, this page is about it and it contains my curated resources about the console.

Growing up in Brazil, buying original games wasn't easy, it was super expensive, so everyone I knew had pirated games for their disk based consoles.

If the GDEMU existed and I had access to it at that time, not only would it have saved my Dreamcast, but I would have probably installed it regardless because the idea of being able to have all of the games I wanted in a very small storage device would've been awesome.

Now, that's the reality of another place and another time, now I live in Australia and I have access to original copies of the games I love. Not only that but I like collecting them, so there's no way I will have pirated copies of games anymore.

With that in mind, there is still a great reason for having a GDEMU, playing backups of my games and not wearing out my GD-ROM drives.

So I decided to build my own dreamcast with everything I would have been crazy about when I was a kid, this was a really fun part of The Experiment to make, so here's the link to the video of the build below:

To use the GD-EMU, I have ripped my games. There are a few methods you can use to do it, the best one probably being the one that uses the Broadband Adaptor to download the disc files on your computer as Adam Koralik outlines here:

The problem with that is that I don't have a broadband adaptor and those are going for a premium these days because they are fairly rare, so my only option is to use a serial to sd-card adapter with some piece of software to dump the contents of the disc to the sd-card using the Dreamcast itself.

Here are the options you have to do that plus the download link for them:

This is the option I used, you basically have to burn the boot disk to a blank CD using something like ImgBurn and copy the contents of dreamshell to the SD-CARD.

I found that I had the best luck with 16gb or smaller sd-cards and formatting them using the SD Card Formatter that is available on the official sdcard.org website.

This is another option for ripping games, it has better feedback of the ripping process compared to Dreamshell, but you need to dump the files on your computer everytime you finish ripping a game as this piece of sofware dumps all the files to the root folder of the sd-card.

Another cool thing this software can do is backup the bios of your Dreamcast, which you can use in emulators or you can restore it if you installed another bios.

This is the sd card formatter that is availble in the official sdcard.org website. I could only boot Dreamshell after formatting the sd-card with this tool. You can also download it from here.

This is ImgBurn, the software I used to burn the images on the CDs. You can also download it from its official website here.

You can prepare the GD-EMU sd card by using the SD CARD MAKER for GDEMU available below.

This is the software that you can use to prepare the sd card for the GD-EMU with the menu as well as vga and region patches.

This is another option for setting up your GDEMU sd-card, I haven't tested this one but it seems that it is also able to shrink the size of your gdi images by removing the dummy files from them. You can check out the project page here.

These are my favorite games on the dreamcast. I know this is not a super comprehensive list and some of those games are in other platforms but given my experience with the Dreamcast when I was younger, my list of games is rather limited but you will probably agree that at least the majority of them are great.

This game hasn't been exclusive to the Dreamcast in a long time, but it was initially and it's a great entry in the series. Even though I have played half of it until my old dreamcast died, as a fan of the Resident Evil franchise, I think this is a solid entry in the series and I loved the atmosphere. I do plan on finishing this game eventually, and it will be on the Dreamcast.

I'm not a sports fan, I don't usually play sports games aside from the the sporadic Fifa, but man, Virtua Tennis is fun! My cousin introduced it to me when I got my Dreamcast and I used to play it all the time.

On that sports games note, NBA 2k is another exception to that rule, it's also a fun game that I played with my brother every now and then. These days I would just pop it in for the nostalgia, it's very unlikely I'd pick up a basketball game to play.

Alright, this is an obvious one, but this is the game that burned the Dreamcast into my mind. When I saw the first level with the orca whale jumping behind Sonic at a store front around 1999/2000, I was mind-blown.

Sure, the graphics and the controllers may have aged like milk, but the impression is still there and I still love revisiting this game every now and again.

Alright, another obvious one. And this one I experienced years after my original Dreamcast died but I could instantly see why people love this game so much. It's fun, it's chaotic, it's awesome.

This game has a silliness to it that I always liked. It's not a particularly great game, but it is fun and it is a game that I have some good memories of playing when I was younger.

I feel that a lot of fighting games require you to be very skilled to have fun with them. That's not the case with Soulcalibur. I've never been particularly good at fighting games but with games like Bloody Roar, Tekken and SoulCalibur I have always felt that I could play and possibly win without having to use those repeated moves that lock the opponent in place and they can't do anything about it.