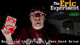 Can I Install An SSD On An Original Xbox?

In this part of the Eric Experiment we'll go through my journey softmoding and replacing the Hard Drive on my original Xbox.

I have owned two Xboxes before this one that became paper weights because their hard drives died and, because I didn't want this current one to have the same fate, I decided to replace its hard drive.

I have actually been meaning to make this video for about 3 years or so, I bought the parts for it back in 2017 but I never got around to doing it until now. I originally planned to make it as an entertaining video tutorial based on some written tutorials because at the time there weren't many on YouTube.

Three years or so have passed now though and some really good tutorials have popped up on Youtube, such as the Mr Mario ones I mention in the video, so there was no point on making a tutorial anymore, but I still wanted to make this video because I think it was an interesting subject and I like the idea of documenting the stuff I have been working on, so I decided to do it as more of a journey video than a tutorial.

I think it turned out pretty good, I hope you like it too and, I don't know, I think you can still learn a thing or two about the process because I've had some things I had to figure out by myself.